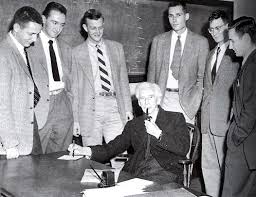 Some dialetheists take Russell's Paradox to form the basis of a sound argument for the existence of true contradictions. In Part I of this series, I argued that, given the obvious limitations of our epistemic access to the realm of mathematical objects (if it exists), we should be extremely cautious and conservative in coming to conclusions about its logical structure. In Part II, I argued that, given that our best reason for believing in the existence of any sets comes from Quinean indispensibility considerations, and that we don't need anything even close to the over-populated universe of naive set theory to reconstruct all the mathematics which can't be eliminated from our best science, belief in unrestricted comprehension axiom of naive set theory (and, hence, belief in the existence of the Russell Set) is unmotivated. In Part III, I responded to the best obvious objection--that I was solving Russell's Paradox by appealing to considerations about the epistemology of mathematics that would be obviously inapplicable to the Liar Paradox, and thus solving paradoxes that are 'of a type' in an unacceptable disunified way. I argued that, in fact, given plausible and widely held views about mathematical objects, and Priest's own view about puzzles like "the Barber Paradox," solving Russell's Paradox in a way highly distinct from how one solves the Liar Paradox is actually entirely reasonable.

All of this, however, leaves a large remaining question about Russell's Paradox unanswered. All of my arguments about the rationality of rejecting belief in the Russell Set only solve the paradox if we assume that Russell's Paradox is fundamentally a paradox about sets, i.e. abstract mathematical objects that have other objects as members. Recently, however, Hartry Field and JC Beall, in Saving Truth From Paradox and Spandrels of Truth respectively, have argued that there are two versions of Russell's Paradox--one about sets and the other about properties--and that, even if the former is solvable in straightforwardly orthodox ways, the latter requires some sort of non-classical solution.

In Part I, I said the following:

Whether or not this view about how to classify the property paradox is correct, since I've been blogging about Russell's Paradox, and some smart big-name philosophers regard the puzzle about properties as a version of Russell's Paradox, I should say something about it here.

"Wait a damn second," you might be thinking, "if it's meaningless, how can so many competent speakers of the language think they grasp its meaning? You must mean 'meaningless' in some special technical way that's not how the term is ordinarily used. Also, are you going to try to pull something like this as your solution to the Liar Paradox? If so, aren't you going to have a hell of a hard time getting around revenge paradoxes? What about 'this sentence is either false or meaningless'?"