Ed Feser And The Bomb

Over at What's Wrong With The World, Ed Feser marked the anniversary of the bomb being dropped on Nagasaki with a post entitled "Happy Consequentialism Day!" He wrote:

"Certainly the image above – the aftermath of Fat Man’s explosion over Nagasaki – is a fitting symbol for consequentialism. Perhaps consequentialist ethicists should consider putting it on the covers of their books, or wear little mushroom cloud pins when they meet up at philosophical conferences. For one thing, since the consequentialist case for the bombings – that they would save more lives than an invasion of Japan would – carried the day with the Truman administration (and with defenders of the bombings ever since), it may be the most consequential piece of consequentialist reasoning ever formulated. For another, the bombings give a pretty good idea of what a world consistently run on consequentialist principles might look like."

Now, I personally find it fairly difficult to imagine a world consistently run on consequentialist principles. (Or even a rough approximation of it--say, a world where Peter Singer exerted as much influence as Henry Kissinger has exerted in the actual case.) I'd hazard a strong guess, though, that no nation-state in such a world would possess atomic weapons. Whatever. Disregarding that particular rhetorical fourish, Feser's point is clear. The bombings represent a grotesque reductio of consequentialist moral principles, right?

As anyone who knows anything about the relevant history knows, the consequentialist case for the bombings was always fantastically weak and unconvincing. And, indeed, Feser acknowledges--in the post, and in the comments--that most consequentialist moral philosophers are thoroughly unconvinced by it for obvious reasons, but:

"Whatever. What matters is that any consequentialist must allow that it is at least in principle legitimate intentionally to kill the innocent for the sake of a 'greater good.' And from the point of view of us reactionary, bigoted, unprogressive natural law theorists and Catholics, that is enough to make consequentialism a depraved doctrine. For it is never, never permissible to do what is intrinsically evil that good may come – not even if you’d feel much happier if you did it, not even if you’ve got some deeply ingrained tendency to want to do it, not even if it will shorten a war and save thousands of lives. Never."

Why? Well, as far as I can tell, the whole of Feser's argument is that:

Keep that standard in mind.

Now, in the ensuing discussion in the comment box, someone made an obvious point:

As a devout Christian who believes that God is just, the Bible is divinely revealed, etc., isn't Feser committed to saying that it's sometimes acceptable to intentionally massacre innocent civilians after all? Isn't the Bible full of stories where the ancient Israelites do all sorts of nasty and even downright genocidal things--massacring "everything that breathes" in an enemy town, impaling babies on swords and so on--with God's enthusiastic approval? Doesn't this rather undermine all that self-congratulatory rhetoric about how "us reactionary, bigoted, unprogressive natural law theorists and Catholics" would never ever do things like bomb Hiroshima no matter what, and the fact that doing such things is OK "in principle" for consequentialists makes consequentialism a depraved doctrine?

Now, in any given case where people think that God wants them to commit a massacre of the innocent, they can be wrong, and in terms of Feser's preferred framework of moral theology, it can be very clear that they're wrong, but their wrongness is contingent. In principle, someone who goes around in 2010 acting like one of those agents of God in the old Bible stories isn't doing something that's necessarily wrong. They're doing something that happens to be wrong in this particular context, because they're wrong about God's will.

Given all of this, I have a fairly specific idea about what image should adorn the pins worn to philosophy conferences by Feser and like-minded Christian ethicists. 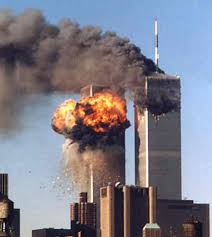 I was just thinking about posting on this, but you beat me to the punch. Here's what's deeply puzzling/troubling to me. He makes it seem as if the view he defends doesn't sanction dropping the bomb. (Of course, "sanction" here means something like "doesn't rule out".) As Portmore pointed out, on Feser's view, if you could stop a nuclear disaster by telling a lie or engaging in premarital sex, you oughtn't do it. So, shouldn't the pin be a young couple not having sex with a priest giving the thumbs up superimposed over a mushroom cloud?

Maybe he'll say that the doing/allowing distinction is important, but I don't think it's that important. And, at any rate, he can't really think this distinction does all the work. His pack of intellectual hooligans were big cheerleaders of actual wars involving actual active bombings. So, it's got to be something else that's doing the work, like the doctrine of double effect or some such thing. But, that can't carry the weight its supposed to carry. The DDE does not rule out the use of any sort of conventional or atomic bomb, per se, it rules out using them with certain intentions. If the bombers had intended to use whichever bombs they wanted with the right sort of intentions, the DDE would in principle allow you to perform acts that you know will involve just as many deaths as the bombings he's trying to pin on the consequentialists. So, maybe they should just wear pins with mushroom clouds dropped by pilots with halos representing their right intentions.